When it comes to running a game live for five years, you need a lot of creativity and input to come up with new ideas. Our goal is to give the Idle Miner Tycoon community new exciting updates and fresh content to continue to keep the game entertaining. Themed event mines, new super managers, or even a new continent with lots of new mines to explore – we always want to give our players something new to discover. Our recent event mines were especially fun because we had the opportunity to do a cross-promotion with our friends from Ubisoft: Curtains up for Master Assassin Ezio Auditore – our new Super Manager in Idle Miner Tycoon.

What does it take to plan and successfully execute such a cross promotion? What idea went into the game design, and how do you adapt such an iconic character to the Idle Miner Tycoon graphic style? First, Product Manager Merlin will take us through the planning process. Katherine, Senior 2D Artist on the IMT team, shares the thoughts behind the design process.

A CROSS-PROMOTION IN THE MAKING

With 47 people currently working in the teams of Idle Miner Tycoon, you can bet there are quite a few who have spent many hours immersed in the Assassin’s Creed universe. There was no question that a cross promotion with the world of Assassin’s Creed would create much excitement in the team, and we were absolutely hyped to work with such a big and popular IP.

We had our first Cross Promotion with Ubisoft in 2020, when we released the Just Dance event mine, but this time, the promotion was supposed to be a bigger project. We planned four event mines, which makes up a whole season running from June 14th until July 12th and on top of that we wanted to release a new Super Manager. 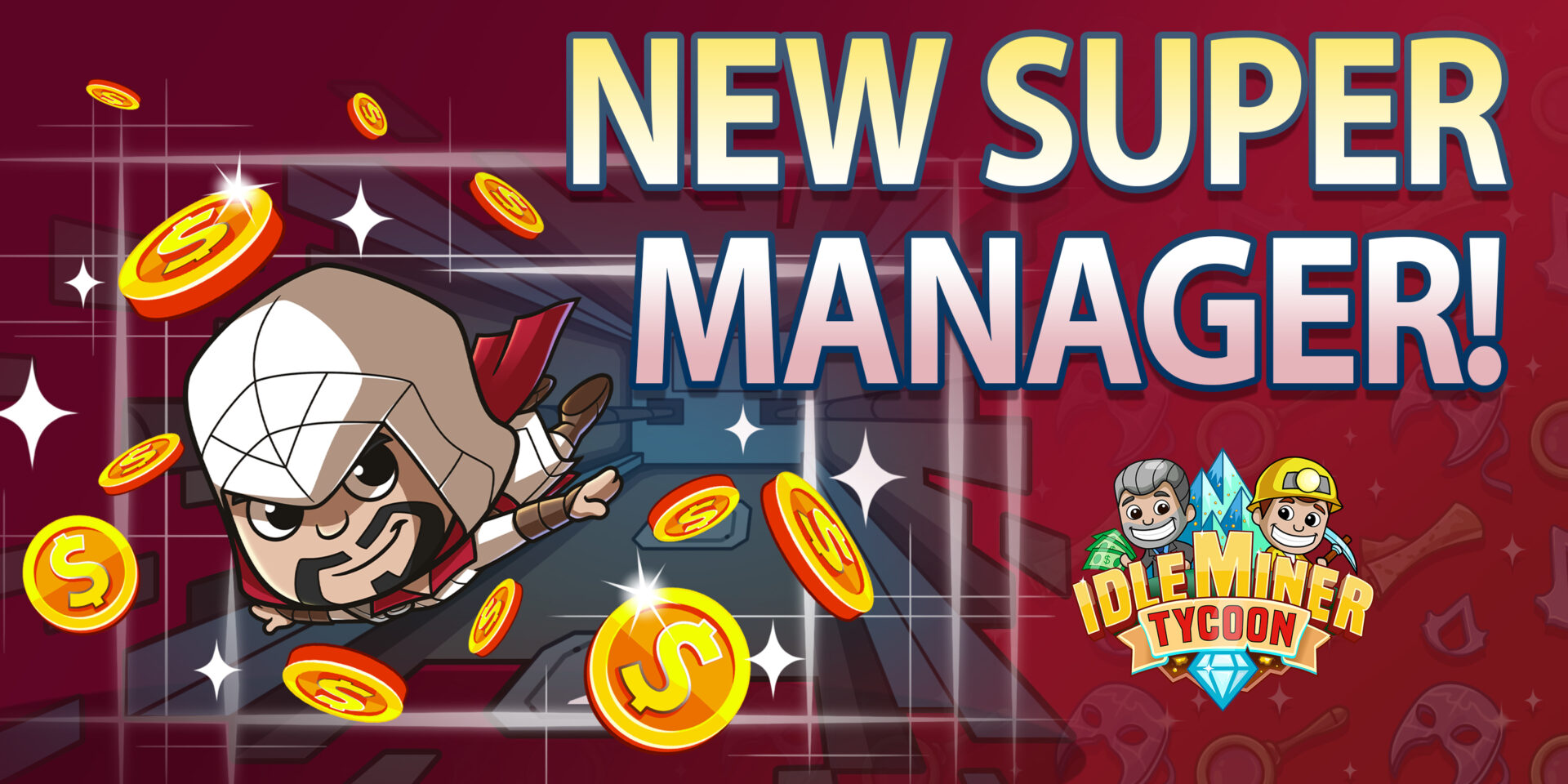 The biggest challenge, besides creating the art, was to combine the two game worlds naturally. The mines have to make sense in the backstory of Assassin’s Creed and need to be quickly recognizable for Assassin’s Creed players while fitting seamlessly into the world of Idle Miner Tycoon. The Ezio trilogy was a quick call for our super manager and, of course, he would get his own Rennaissance mine. For the other event mines we went with Assassin’s Creed inspired themes like Pirates (from Black Flag), Pharao (Origins), and Vikings (Valhalla). We knew Ezio could not just be a normal manager, instead he would need a very special effect that fits the character but also the mine setting and gameplay. We quickly landed on the iconic Assassin’s Creed’s “leap of faith” and Ubisoft supported us even with the original sound effects, which makes the effect even more authentic.

This is what the community has been saying so far as well. We’ve had very positive reactions on social media, with many players discussing how to get Ezio and what tactics to try out with him. It was important for us that not only Assassins’s Creed superfans, but also people who are not that familiar with the universe would still enjoy the season. Not only was the player feedback very positive, the impact it had on the team was also very strong.

The love for detail that went into the design and art just amazes me, and it was just great to see how much fun everyone had during the whole process. I’m very proud of what our team has accomplished with this. I can only hope that this was not our last cross-promotion and promise that exciting things are up on the horizon (as well as deep down in the mines…).

Doing a cross promotion with a different IP definitely meant more research time than with our usual event mines that have, for example, a seasonal theme.

I started with the design in February 2020. It was still all very secretive, and I created the first concept of an Assassin’s Creed super manager. Of course, Ezio Auditore immediately came to mind. For me, playing the whole Ezio trilogy in college, working on this was absolutely mind-blowing. So I was most familiar with him, and he is just a very iconic character. It was still difficult to translate Ezio into the Idle Miner Tycoon style and still keep him recognizable on the spot. After I had his design down, it took about a year until we started on the event mines.

We had planned four different event mines. With four artists on the IMT team, it was perfectly divided. Each artist had to do a bunch of research on the specific Assassin’s Creed title (and unfortunately this meant less playing the games and more taking screenshots of YouTube compilations). We were able to reskin some of our previous event mines, using iconic elements of the Assassin’s Creed IP even hiding the logo here and there. One of the event mines, the Italian Renaissance one, we made completely from scratch. I was inspired by the game as well as by researching lots of images from old Florence, what landmarks, historic buildings etc. you would find there.

There definitely were a few challenges: Designing Ezio for a mobile game means that he is a lot smaller and there is less room for details. The beard and design of the hood were very important to make him recognizable as Ezio. We, of course, also wanted to make the design kid-friendly as our players come from all age-groups. I have a background in animation, so animating the leap of faith was a lot of fun, but also challenging. At one point, I was looking at a 1-hour- leap of faith compilation. But when it all came together in the end, completed with the original eagle screech from the game, I was very happy with the result. 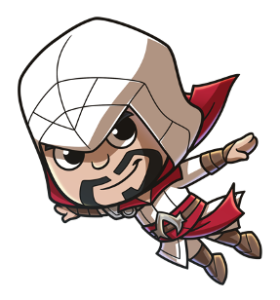 Over a year later…here he is. Doing the leap of faith deep into our mines.

It’s super satisfying to see the end result after many months of work that went into this.

Does this sound like a project you’d get excited about?

Check out our open positions on the product teams below and apply now.